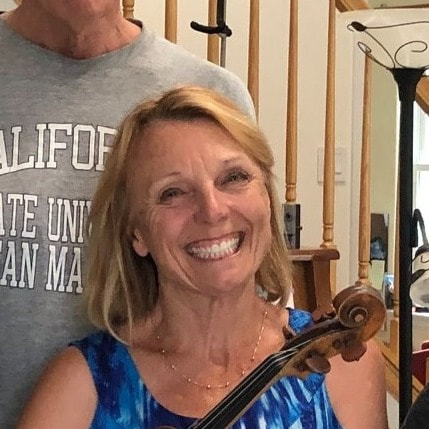 Growing Up in Glasgow, Scotland:  I have always responded at a visceral level to music.  I especially love the feeling of community and camaraderie that comes from singing or playing music with others.  I still remember songs we learned in class, listening to BBC radio programs for schools.  Violin lessons were provided for us in that same primary (elementary) school.  I sang in several children's choirs throughout my schoolage years.  As a teenager, I played in school orchestras and community orchestras and attended music camps all over Britain and Ireland.  My violin teacher, Alice Billette, who played in the BBC Scottish Symphony Orchestra, impressed upon me the need to listen well and practice a lot.

As a young elementary school classroom teacher:   Music was a required part of the curriculum. The children had to know their tonic solfa (solfege) and it was expected that they would be taught the hymns for the weekly school assembly.   I earned the respect of some of my wild boy students when they learned I played in a country band that had a drummer no less!  They were not quite as impressed with my playing in the Edinburgh Festival or the Carnegie Festival of Music and the Arts, but they did behave in my class and as an end of year treat I brought our band to play at the school.

When I began concentrating on fiddle music:  I found that much of the music was already familiar to me.  It was in all those songs in school and at home, and it propelled me on the dance floor at every ceilidh (party), wedding, and family gathering I ever attended.   Actually, I can hardly remember a time when I didn't play the violin.

My husband, Bruce, was a classical pianist.   My son, Kevin,  is a jazz drummer in Ann Arbor, Michingan, and my daughter Fiona plays violin/fiddle and viola.  She also studied vocal performance at Central Washington University. 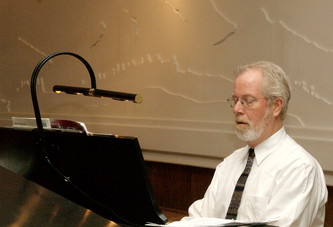 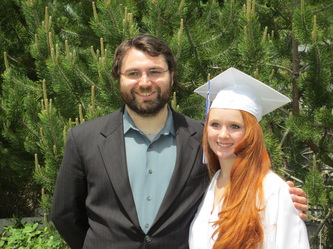